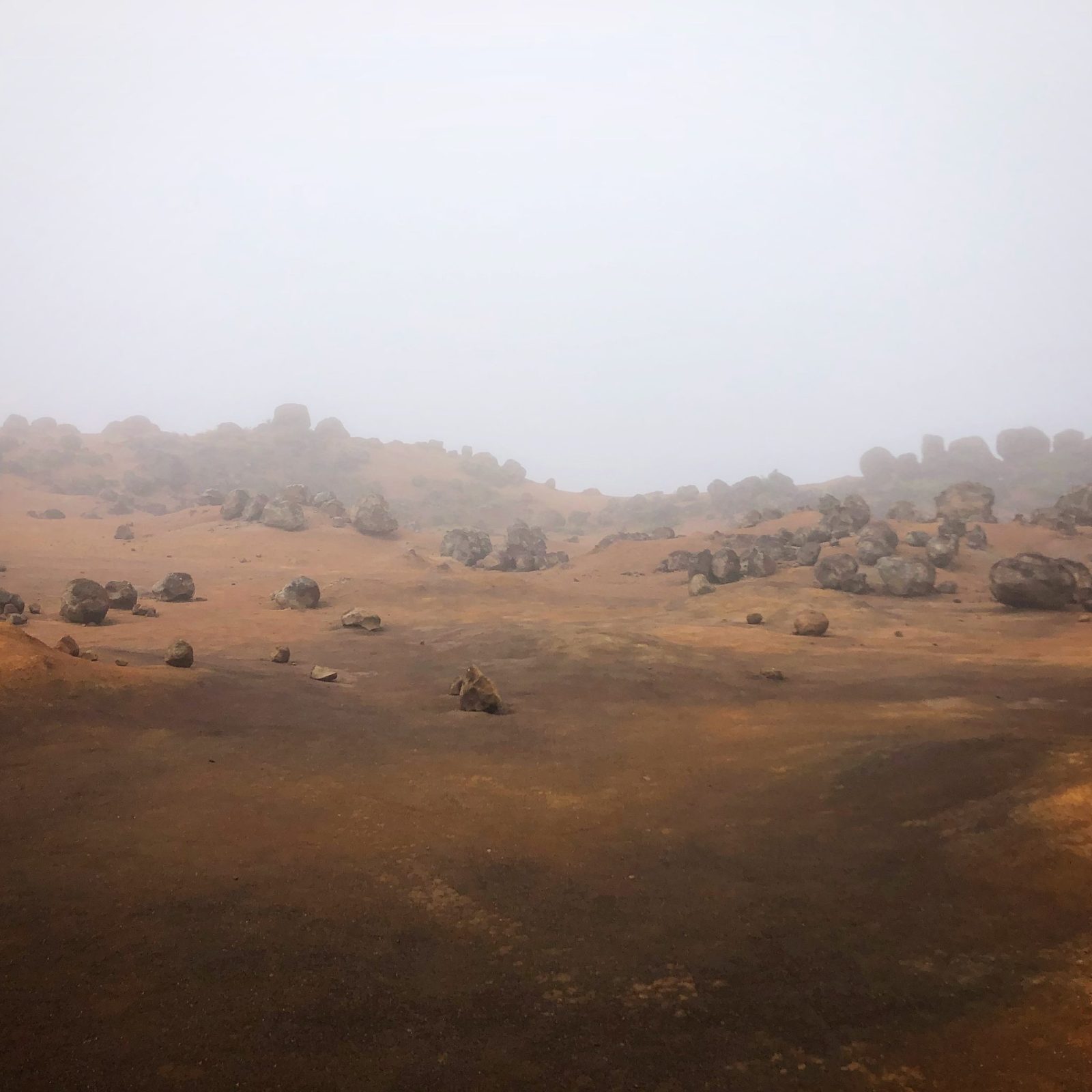 Before visiting the Garden of the Gods, Lanai, Hawaii, I wasn’t quite sure what to expect.  Even after looking at photos, I was still quite confused.  Each shot looked quite different, and what they did have in common with the subjects seemed to very with the color, shape and location.  All I understood was that there were round rocks, and there was orange dirt.

But I said to myself, if we just end up seeing rocks and dirt, so be it.

And I’m so glad I did, because those uncapturable round rocks and flecks of orange dirt created a location that was unlike any other place I’ve ever been.

Two priests from the neighboring islands of Molokai and Lanai decided to have a competition to see who could keep their respective fires burning longer.  In the process of trying to win this competition, the priest from Lanai burned all of the vegetation in the area, leaving the boulders and dirt that make up the Garden of the Gods.

In the late 1800, certain animals like goats, sheep, and deer were introduced to this area of the island.  They soon ate all of the grassy or leafy foliage, leaving just the dirt and the rocks.  It’s unclear if there are still any of these animals left, but we did come across a couple of the “watch for deer” signs on other parts of the island. 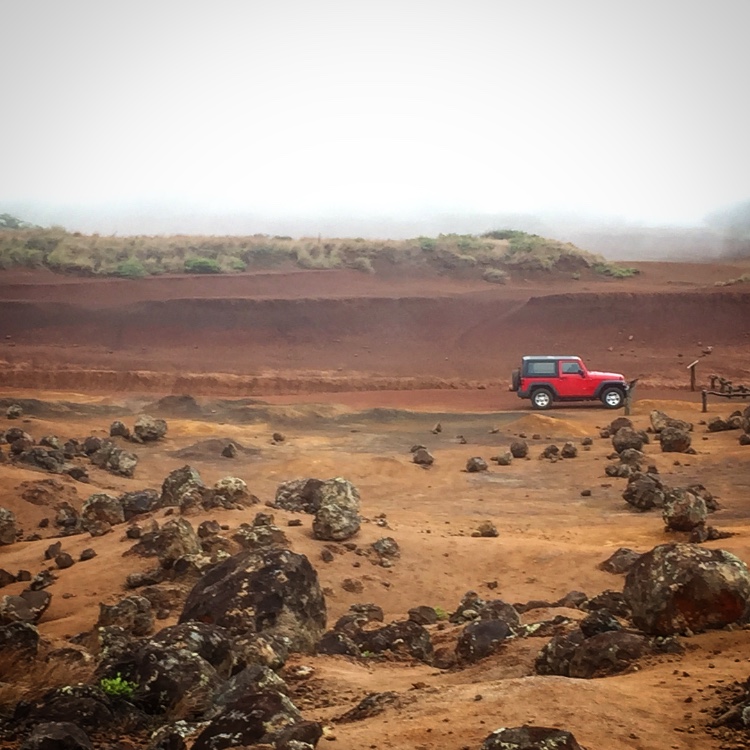 How to Get to Garden of the Gods, Lanai, Hawaii

Getting to the Garden of the Gods is a bit of a challenge.  After getting to Lanai and renting a four-wheel drive, as I mentioned in my Ultimate Guide to Lanai, Hawaii,

The itty-bitty signs that will help guide you to the Garden of the Gods after you’ve lost service won’t say “Garden of the Gods.” No.  Instead, they’ll say, “Keahiakawelo,” the Hawaiian name.  So either burn that name into your memory or screenshot this page, because that’ll make your journey a lot easier.

This trip to the Garden of the Gods was my first time off-roading.  Never before had I realized how much a small hole or bump in the ground could impact a journey if you’re going too fast.  When we nearly broke 20 miles per hour and hit a hole, we – and everything in the Jeep – became airborne for a couple of seconds.  12 miles per hour seemed like a pretty good cap to me, although I might be quite cautious.

You might be asking, “how will I know if it’s a local?”  An easy answer to this question is another question: “are they driving a jeep?” If the answer is no, they are most likely a local.  Try to find some area to pull off at so they can get ahead of you. 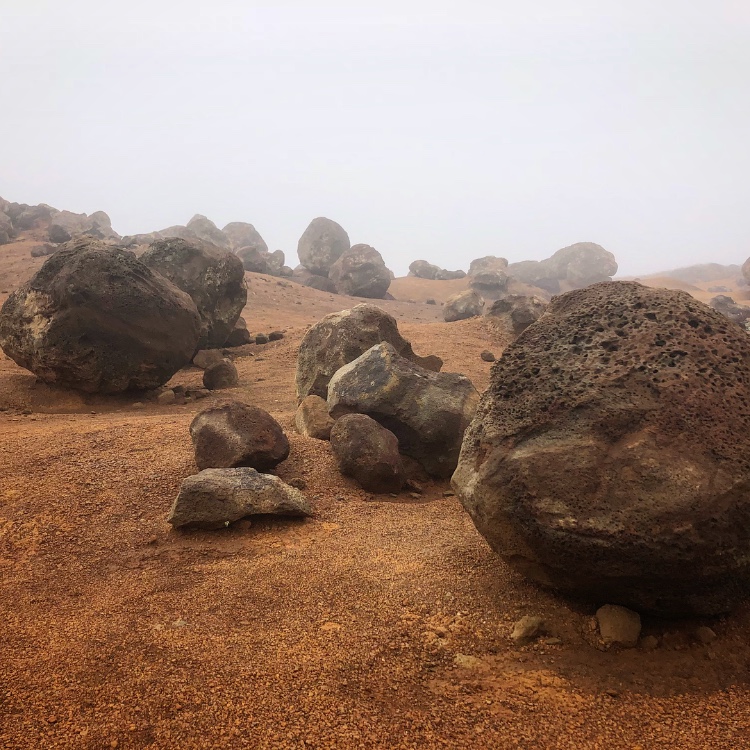 What Should I Do While I’m There?

At the Garden of the Gods, Lanai, there isn’t any sort of activity, hike, or visitor center.  Instead, simply enjoy the quiet.  Take a couple pictures (I’ll be honest, it doesn’t quite come out how it looks in person).  Perhaps stand on the edge and feel the strong breeze.

More importantly, be respectful. Don’t try to move the rocks, and definitely do not stack or take them.  These actions are either revered or forbidden in native Hawaiian culture.

Want to know what else to do on Lanai?  Check out my Ultimate Guide to Lanai, Hawaii!

Would you visit the Garden of the Gods, Lanai, Hawaii? Let me know in the comments!

Did this other-worldly place catch your attention? Pin it for later! 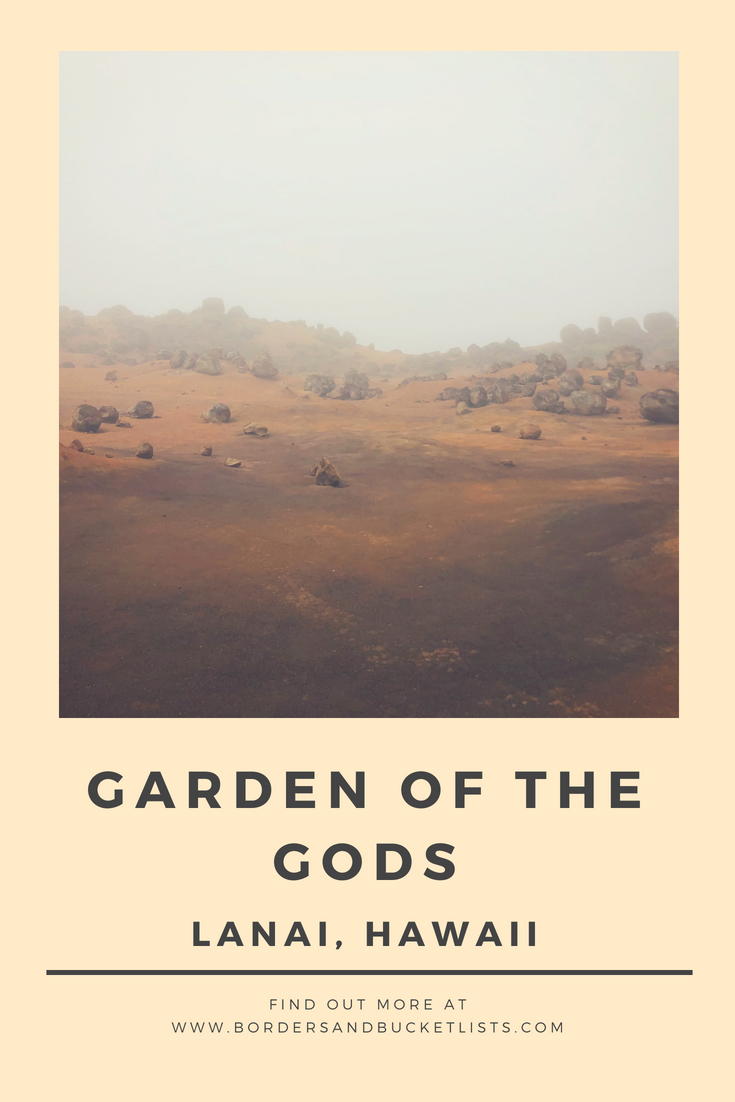 30 Replies to “The Magical Landscape of the Garden of the Gods, Lanai, Hawaii”