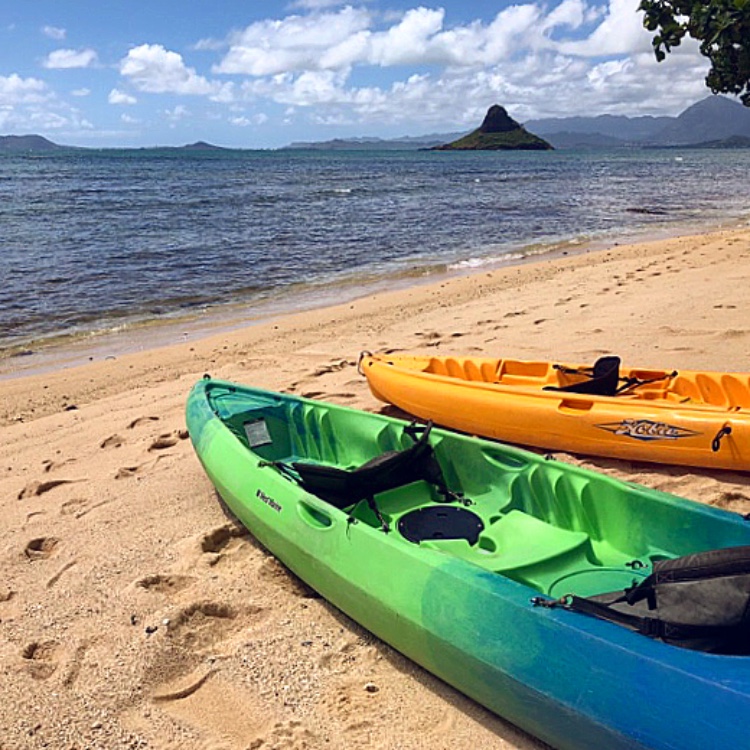 Are you looking for the ultimate guide to Chinaman’s Hat? This guide from a Hawaii local has everything that you need to know about this picturesque little island.

The small island known as Chinaman’s Hat has tons of adventurous activities.  For some reason though, this little gem manages to swoop under the radar of locals and tourists alike.

What Is Chinaman’s Hat?

Chinaman’s Hat, officially known as Mokoli’i, is a very small island off of the East coast of Oahu (between the North Shore and Waikiki). It is called Chinaman’s Hat by locals because of its shape.

Usually, this local landmark just sits as a part of a pretty photo background or postcard. But Chinaman’s Hat has so much more to offer.

The Legend Behind Chinaman’s Hat

It’s traditional name, Mokoli’i, means “little lizard” in Hawaiian, because of an ancient Hawaiian legend.  As the legend goes, Pele (the Hawaiian fire goddess) had a sister named Hi’iaka, who came to visit the Kualoa area on the East side of Oahu. While she was there, she came across a large, angry lizard (in some versions, it’s a dragon).  Hi’iaka fought the lizard and chopped off its tail.  The lizard flopped to the ground, so its body created the Kualoa Mountains, and its tail flew a few hundred meters away and created the island of Mokoli’i.

Before I get into all of the adventurous activities on the island, there are a couple of safety concerns that need to be addressed first.

Because this Chinamn’s Hat is an island with absolutely no accommodations of any sort (and no space for camping if that thought even crossed your mind), you must make it back to the main island of Oahu both before dark and before high tide. Therefore, it is extremely important to check the times that the tide change before you go on any of your Chinaman’s Hat adventures.  This website updates the tide predictions around the area of Chinaman’s Hat.

Watch Out For Hammerheads

And Portuguese Man-Of-War Too

The Portuguese Man-Of-War is a little more concerning than baby hammerhead sharks. These creatures (which are actually not technically jellyfish) can leave some nasty stings. But the good news is they have a pretty regular pattern. Portuguese Man-O-War typically show up nine to eleven days after a full moon. (So basically they’re only around three days each month.)

*Note: Contrary to popular belief, if you do unfortunately get stung by a Portuguese Man-Of-War, do NOT pee on it! This could make the situation worse!

Where Can I Get the Best Photos of Chinaman’s Hat?

Kualoa Regional Park is the go-to place for the iconic photos of Chinaman’s Hat. (Kualoa  Regional Park is actually sometimes referred to as the “Chinaman’s Hat Beach.”) If you want to do something a little different, you can also spot the island from Kualoa Ranch and the other parts of Kaneohe Bay (such as Kahaluu Beach).

Can I Visit Chinaman’s Hat?

Most people don’t go beyond a few pretty pictures with the island in the background, but yes you can!

Getting to Chinaman’s Hat on Oahu is an adventure in itself.  While it is possible to walk there from Kualoa Regional Beach Park, it is very much not recommended.  In addition to the changing of the tides, there are also many sharp rocks and pieces of coral that can scratch up your feet.  Instead, I recommend kayaking or stand up paddle boarding to the island (which I talk about a bit more in the next section).

So What Can I Do On Chinaman’s Hat? 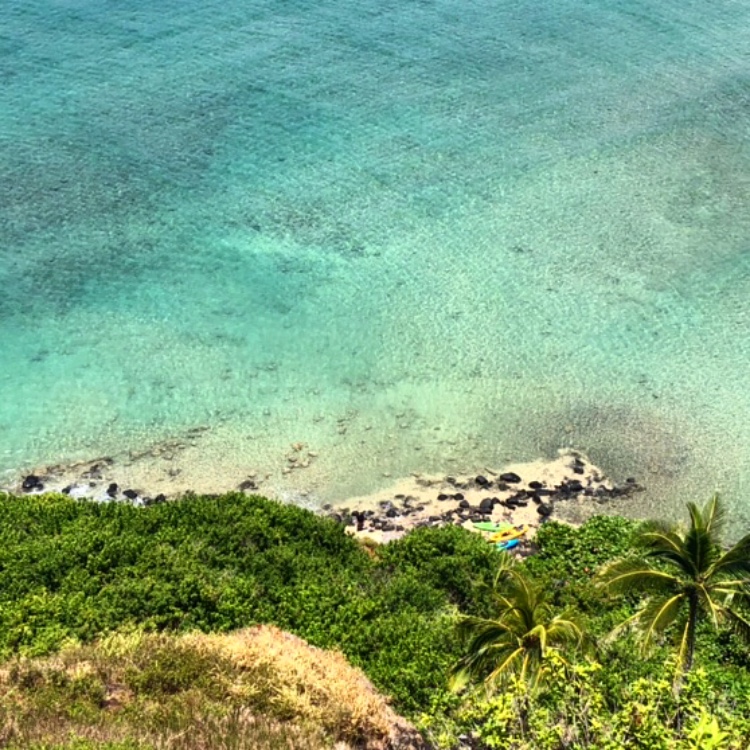 Kayaking and Stand Up Paddle Boarding

The hardest part of kayaking or stand up paddle boarding to Chinaman’s Hat is acquiring the kayak or the paddle board. If you have the gear and a car with a rack, load ‘em up.  If not, there are a couple places that will deliver kayaks and paddle boards to a destination and pick them up from a destination, like Hawaii Beach Time and Active Oahu Tours.  They may even provide complimentary life vests if you’d like.

While some start at Kualoa Regional Beach Park, an alternative is to start at a small, unnamed beach directly across from the entrance of Kualoa Ranch.  I recommend the second option, because you will not be going directly against the current either on your way there or the way back. (Plus, there’s a hidden little beach swing there!)  With the first option (Kualoa Regional Beach Park), you will be going directly against the current on the way back (as the current pulls slightly outward).

The paddle itself is not too difficult, and the waves at low tide do not get too large.  (Do be careful if you find yourself in the water as the tide is rising.)  Land your boat at the tip of the island closest to Kualoa Regional Beach Park (the western-most tip).  There will be a very small beach for you to pull your gear up onto.

There are many, many beaches on the island of Oahu, and you can swim at most of them.  However, swimming at Chinaman’s Hat is a one-of-a-kind experience.  You know that perfect teal color of the water at Kailua Beach and Lanikai Beach that has made them basically Instagram famous? Well, that color is at Chinaman’s Hat too. (I mean, it’s only a few miles down the road).  And there aren’t any people.  There was literally no one else in the ocean but us.

*Note: it is quite rocky for the first twenty feet or so, so just carefully wade out a few feet and swim until the rocks clear or the water becomes deep enough. 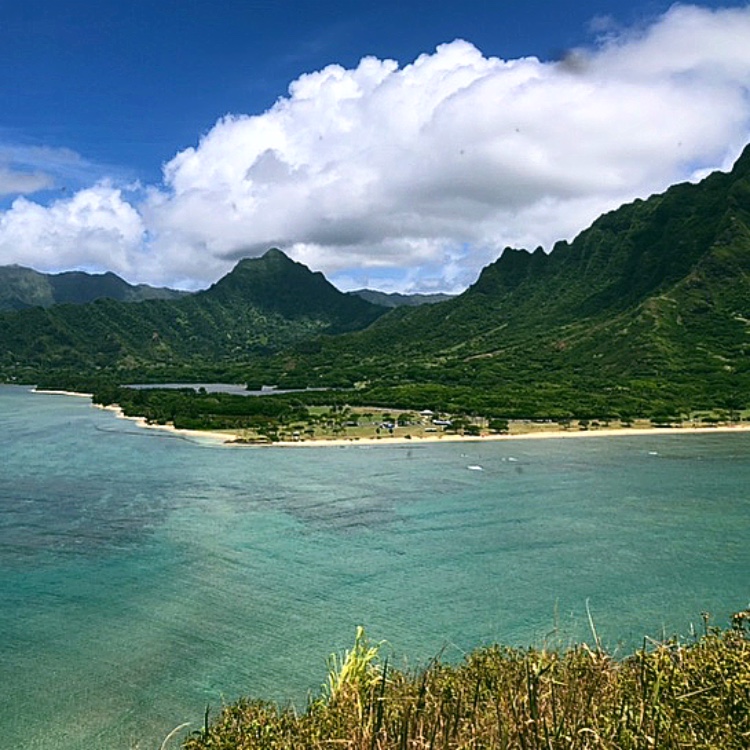 On Chinaman’s Hat itself, there is a short, yet rather difficult hike.  If you do choose to conquer this hike, I recommend having a pair of hiking shoes (or athletic shoes) that you can change into once you reach the island.  (Doing the hike in flip-flops is not the smartest move.)

Off the bat, I’d say if you are at all afraid of heights, this hike is not for you.  Try an Oahu waterfall hike instead.  The hike itself only takes twenty minutes, but the path switches between thin dirt trails and mini rock climbs.  Just for your information, these mini rock climbs do not actually require any sort of arm strength – think of them as tall, small steep steps.  The hardest little rock climb section is actually the one right before the very top (and the worst part is, you can’t tell you’re almost at the top).  That being said, DO NOT push yourself more than you feel comfortable.  Take breaks when you need it (in the small areas of shade, if possible) and don’t be afraid to turn around, head back down, and enjoy the cool, refreshing Pacific Ocean instead.

If you do choose to power through, the completely unobstructed view at the top of Chinaman’s Hat is absolutely stunning. On one side, there is the unending ocean with layers and layers of beautiful blues.  On the other side, there is Oahu’s eastern coastline with the stunning, yet mysterious Koolau Mountains.  I could’ve sat there for such a long time, but the tide was rising, so we were headed back down.

If you do plan on doing this hike, bring a little snack with you (perhaps something from Part 1 or Part 2 of the Hawaii Food Bucket List, because you’ll work up quite the appetite between this and your journey over.

On the rocks surrounding the little beach of Chinaman’s Hat, you’ll most likely be able to catch a glimpse of little crabs scuttling along.  Trying to get a picture might prove a bit more difficult than anticipated.  If crabs aren’t your thing, don’t worry. They won’t approach you unless you approach it.

The island is also a Hawaii State Seabird Sanctuary.  However, I did not see any birds while I was there.

It’s been rumored that there are actually some sea caves on the coast of the island.  I wasn’t able to spot any when I was there, but that would also make for quite the cool adventure.

Does This Seem A Little Too Daunting?  There Are Tours You Can Take!

While I prefer to do more adventurous activities on my own as I like to choose how much time I spend doing each portion, tours can be a great option for some people.  I’ve thrown out a lot of warnings throughout this post, so if it seems like too much, but you still want to check out Chinaman’s Hat, these tours can be the option for you!

Active Oahu Tours is a great option if you have your own form of transportation to get you to the area. They offer a three-hour tour for $120 hours for adults and $100 for children. They also offer a special kamaaina rate.

If you don’t have your own form of transportation, Discover Hawaii Tours is the perfect option for you! Their tours include transportation from Waikiki and start at $105 per person.

If this adventure to Chinaman’s Hat doesn’t seem right for you but you still want to do a little kayaking, check out our guide to the best places to kayak on Oahu.

Have you ever visited Chinaman’s Hat?  What was your experience like?  Write about it below in the comments!

Excited about this new hidden Hawaii gem?  Pin it for your next visit! 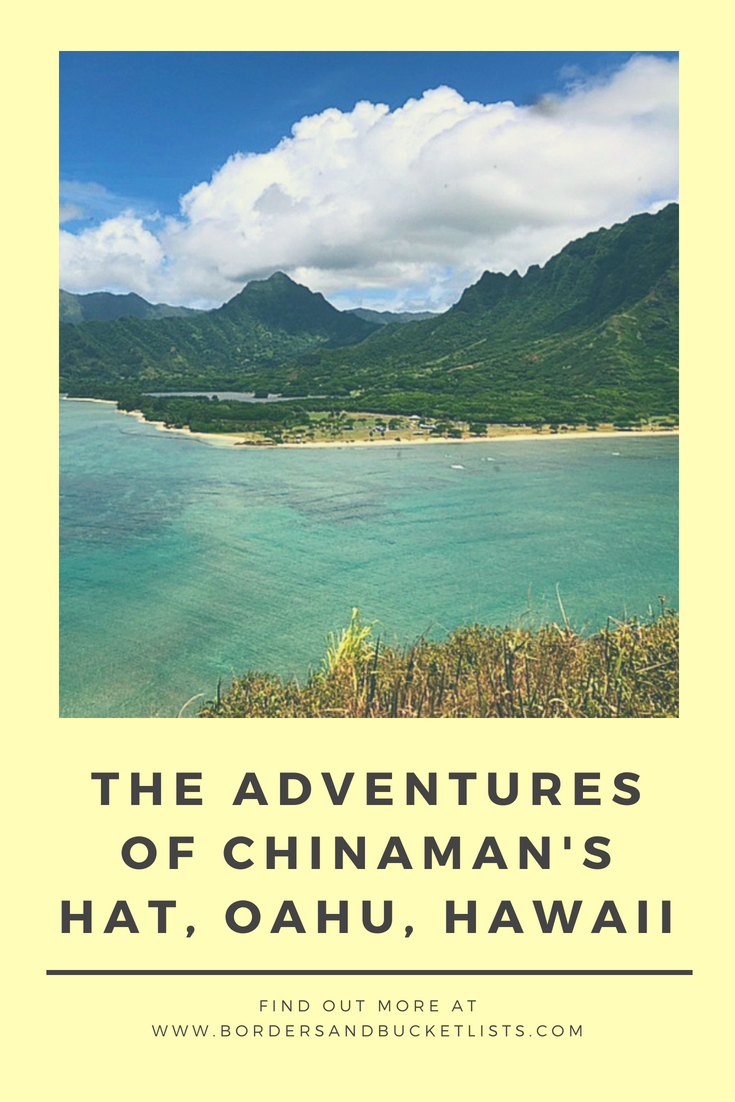 22 Replies to “A Local’s Guide to Chinaman’s Hat, Oahu, Hawaii”