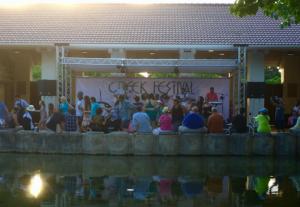 Hawaii is always described as a melting pot of different cultures, but, let’s be real, it’s always thought of as a melting pot of Asian cultures.  I’ve even written quite a bit about the influence of the Asian cultures in Hawaii in my posts on Chinatown and the Japanese Byodo-In Temple.  However, there are other cultures in Hawaii that, while they have smaller populations, have an influential presence, like the Greeks.  Just this past weekend, Honolulu’s annual Greek Festival took place at Ala Moana Beach Park, and, as precedented by years past, my family and I stopped by.​

We grabbed a delicious gyro (pronounced yee-roh) for each of us to eat while listening to live Greek music.  And, as tradition states, we had to get some honey-laden baklava for dessert.  For those over 21, there was some (alcoholic) ouzo sorbet. 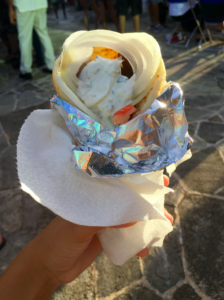 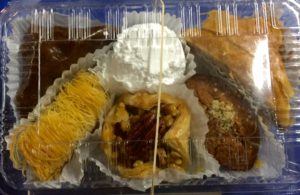 Then, the popular Greek dancing began.  The simple four-step routine was easy to catch onto.  I’m not much of a dancer, so I just hid behind my camera lens.  But people of all ages and ethnicities were feeling that Greek music.  Dozens joined in and became part of that bumping dance circle.

​Yup.  Definitely a festival fit for the gods.
Disclosure: I may use referral links in this post, and I might make a commission on my recommendations at no extra cost to you.